Designated a historical landmark, the Juarez-Hosmer Adobe has been in Montecito for almost two centuries. Due to its colorful history—at one time it served as a school house–it was essential to preserve the original character of the home, as well as its historical value. The preservation project totaled four structures–including the original adobe built between 1830 and 1840, which stands as one of the few remaining examples of adobe architecture in the Southwest. Sitting on a rock foundation, the adobe has two-foot thick walls, two windows and three doors. 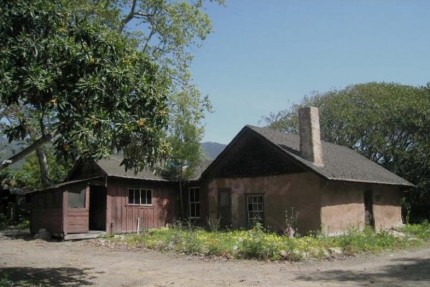 The adobe, built by Victor Delores Juarez after his marriage to Maria Dominquez, was not their primary residence, but served as an outbuilding for the Juarez’ sons. It was a place to sleep, and served as a guardhouse to help keep bears and mountain lions away from the farm animals. When Victor passed in the late 1860’s, Maria sold the seventeen acre parcel including the adobe, to Bradbury True Dinsmore who started a citrus ranch there in 1871. When his daughter married, he gave the ranch to her and her husband Thomas Hosmer, where they raised four children. The property is also home to several historic trees including a California Sycamore which was planted in 1852. 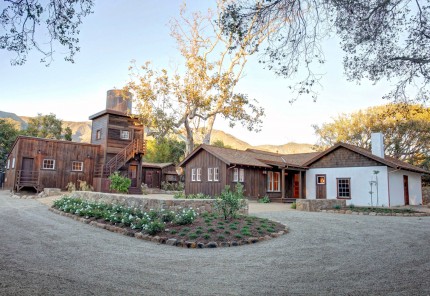 Young Construction worked with architectural historians and adobe construction experts in the careful planning and oversight of this project. The project goal was to mitigate the deterioration of historic resources, and preserve the integrity of the site. Distinctive materials, architectural features, and spatial relationships remained intact, maintaining the home’s original charm.

We have worked with Young Construction for 17 years including both new construction and maintenance of a 6000 sq ft contemporary home and more recently on smaller home in downtown Santa Barbara. Bob and Dave have consistently demonstrated unsurpassed attention to detail, responsiveness, honest budgeting, precise scheduling and a personal interest in their client’s project. The Young Construction staff and their subcontractors are exemplary, and we always recommended them without hesitation.

Re-Building historic adobe structures in the Pueblo Veijo district downtown Santa Barbara is a very challenging endeavor. The solution to those challenges was having Young Construction as our contractor. Young Construction has the respect and relationships with the Historic Landmarks Committee and the City of Santa Barbara Building Department which made a very difficult process run smoothly. Having a job site in the downtown area where set backs are tight, parking is difficult and traffic can be a problem; Young Construction managed those issues with great ease. The results speak for themselves; these Historic Houses of Merit that Young Construction built have been featured in several publication boasting of the quality of workmanship and design.