Please join us in welcoming two new team members to Young Construction. Bryan Szal will be taking on the role of Lead Estimator and Tony Ramirez as a Project Manager.

Bryan is originally from New Jersey and has been a Santa Barbara resident for the past 15 years. Bryan has made a career in estimating. He brings with him a technological background and extensive estimating experience after having worked for a number of successful companies in Santa Barbara. Bryan is certified in Green Building by the National Association of Home Builders. 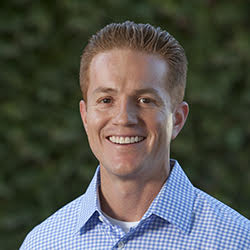 Tony is native to Santa Barbara and attended SBHS. He graduated from Cal Poly San Luis Obispo with a degree in construction management in 2001, and has subsequently worked on several commercial and residential projects throughout Santa Barbara, including the Four Seasons Biltmore, QAD Corporate Headquarters, Carrillo Hotel, St. Vincent’s Mercy Housing, Granada Theater restoration, and Lasik Eye Center. Tony previously lived in the San Francisco Bay area, where he was able to broaden his skills in project management and become proficient in the field.

We are excited to welcome Bryan and Tony to the team and feel grateful to be working with these talented folks!

First, a word of thanks for a superb job in building our new home. I have created many homes and I must say, I have never had such a harmonious relationship. Young Construction delivered a beautiful home with extraordinary precision. During our time working together we never had a single dispute. I can’t recommend you and your company enough. Thank you again for building our house.

Bob! How often do you hear a client say they still love their contractor after the job is finished? I can say that because Young Construction IS the best team, oriented toward quality and attention to detail, on time and on budget! And the caring goes on, long after move in time! It has been a rewarding experience.